Travis completed his BSBA at Scheller with a concentration in operations & supply chain management and a certificate in finance. An Atlanta native, he describes himself as “driven, passionate about people and planes, and loves traveling and eating.”

Where did you intern/co-op and when? What projects did you work on during your internship?

I’ve had the opportunity to intern and co-op in a variety of roles throughout my time at Scheller. I began interning with the City of Atlanta, Department of Aviation, supporting its finance team in its aviation maintenance division the summer after my freshman year. This experience, along with connections I made at Scheller, helped me land my first co-op role at Delta Air Lines, working on the project management team supporting the Atlanta Hub operation.

After four semesters there, I moved to a part-time role working on its Hub Communications team for Atlanta. In between that, I also interned in finance, working on the One Delta initiative, a program aiming to make Delta more efficient and unlock cost savings by leveraging scale and collaborating cross-divisionally. I’m grateful to have had the opportunity to gain such a variety of work experience throughout my time at Tech and know my co-op/internship experience will be helpful as I begin my full-time role.

Where will you be working after graduation?

I’ll be continuing at Delta Air Lines in its financial analyst rotational program with two, one and a half year rotations—one in a corporate role and one supporting an operating division. Since I came to Scheller, my goal was to land a job at Delta. My dad is a Delta pilot, and ever since I was a kid, I’ve been passionate about aviation. I originally wanted to be a pilot as well, but decided to focus more on the business side of the industry, which is what led me to Scheller.

When I was a freshman, I remember walking into the career development office and asking for advice on landing my first internship with the company (and in the industry). I walked away with a list of contacts to reach out to, and as it turns out, one helped me get my internship in finance, which eventually led to my full-time position. Another student I met through Scheller Business Ambassadors (SBA) assisted me in getting an interview for my initial co-op position at Delta. I credit both the connections I made through the school and my in-classroom experience with helping me land my dream job at my goal company.

Why did you choose the Scheller College of Business?

I chose the Scheller College of Business because on my first visit, I was drawn in by the sense of community and the collaborative spirit of business, technology, and industry. I still remember hearing Craig Womack and Stan Broome talk about the opportunities available to Scheller students, including the second-to-none career services and a curriculum that combines business with technology. This isn’t something I found at any other school I visited and is something I’ve seen in action during my time at Scheller.

Who was your favorite professor (and why)?

Gary Jones, who taught Management of Financial Institutions. I learned a great deal about the markets and the world of investment banking and picked up invaluable lessons on public speaking, presentations, and professional presence. Honorable mentions go to Bob Myers for Global Operations, Arn Rubinoff for International Business, Karie Davis-Nozmack for Legal Aspects of Business, Michael Lowe for Marketing Management, and Daniel Weagley for Investments. All five are fantastic professors, and their classes were fascinating.

What was your favorite course (and what was the biggest insight you gained about business from it?)

My favorite course at Scheller was Investments with Daniel Weagley. We went over a great deal of the theory behind various investments and market activity and did a lot of in-depth modeling. I’ve used skills from this class in my internships.

As a business student in the heart of Tech Square, how do you think Scheller embodies the intersection of business and technology?

I think Scheller is a perfect bridge between the engineering side of Georgia Tech and the Atlanta business community as a whole. All of my classes have included some aspect of integrating technology and an “engineering mindset” to solve problems. I think that’s one of the reasons Scheller students are sought after in the job market: Companies know we have both business acumen as well as experience solving real-world technological problems.

How did the extracurricular offerings at Scheller help you during your time here?

The extracurricular offerings at Scheller are fantastic. There are multiple clubs and groups for each major, as well as college-wide clubs that allow you to meet students from different concentrations. I was involved with both SBA and the Scheller Student Development Board and had fantastic experiences with both. A connection through SBA led to my interview for my co-op at Delta, which later led to my full-time job. I highly recommend getting involved inside Scheller and within Georgia Tech as a whole.

What activities were you involved with on or off campus, and did your business education impact those activities in any way?

I was involved in the Georgia Tech Student Foundation my freshman and sophomore years and a social fraternity. I think the most applicable skills from my Scheller education were the ability to network as well as the public speaking skills I acquired in my classes. I’ve relied upon both of these in clubs, organizations, and extracurricular activities, and on the job. I can’t think of any class at Scheller that didn’t have some presentation component that required me to speak and present in front of others, which was an invaluable experience. The networking skills that I learned in my career development class (a required course) also proved valuable.

What is your best piece of advice to an applicant hoping to get into Scheller?

My biggest piece of advice would be to visit Scheller and see how unique of an atmosphere it is. It’s not often that you find a business school in the heart of a city that is home to numerous major corporations but also so many technology-fueled startups. Talking to leaders in the Undergraduate program office and hearing firsthand how Scheller prepares students for the real world and how successful they are in their job searches is what sold me on Scheller.

What is the biggest myth about Scheller?

I think the biggest myth is that Scheller is separate from the rest of Georgia Tech, which couldn’t be further from the truth. Though it’s separated geographically from the main campus, Scheller is  integrated into the campus community. I gained a lot of exposure to engineering and technology-related concepts through my classes, as well as multiple opportunities to work with students of all majors in many of my electives. Additionally, programs like the Denning Technology and Management (T&M) further aim to bridge this gap and integrate engineering and technology into the Scheller curriculum (and vice-versa). 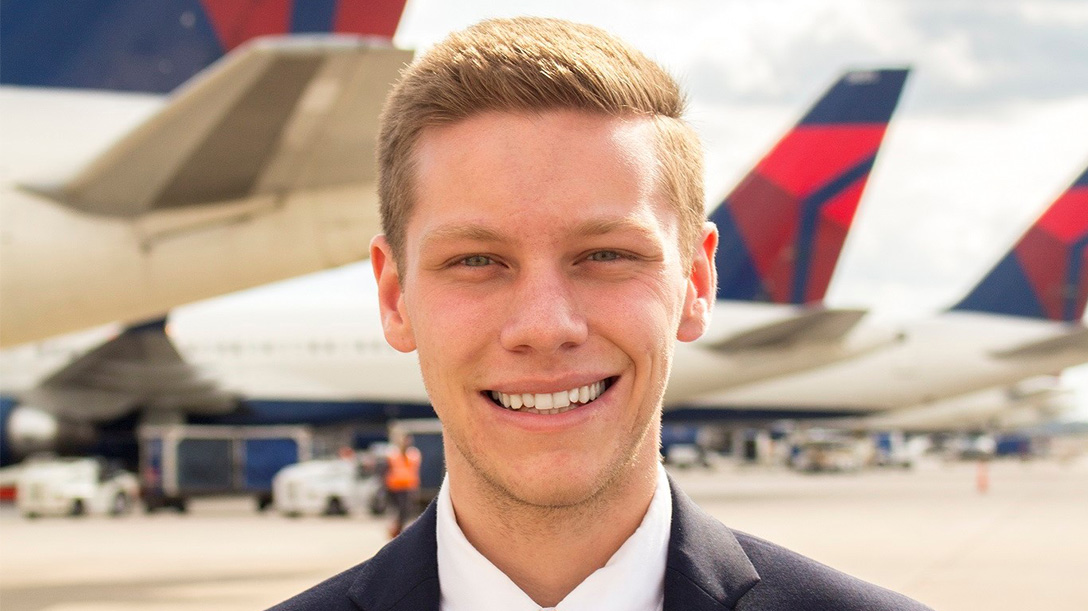