From the U.S. Army to the Georgia Tech MBA Classroom: Meet Marcus Harmon, Veteran Dedicated to Building the Scheller Community

From jumping out of planes to advising foreign military groups, Marcus Harmon has a unique and inspiring resume. He was honorably separated from the U.S. Army and realized an MBA would be the next best step in his career transition. He chose the Georgia Tech Scheller Full-time MBA program for the close-knit family atmosphere of the Scheller community.

“Being a veteran in the Scheller MBA program has been a unique experience,” said Harmon, a second-year MBA student. “Meeting all of my classmates and learning about their experiences has helped me redefine what a traditional MBA background looks like. Coming to Scheller was honestly one of the best decisions I’ve ever made.”

Harmon grew up around the military, with a mother and three cousins who had served. Despite playing army and being interested in the military as a child, Harmon focused more on sports as he grew up. After getting hurt his sophomore year as a college football player for the University of Dayton, Harmon picked up a book on U.S. Army Special Operations, which re-sparked his interest in the military.

“I enlisted after I graduated college. I knew I wanted to join the special operations community, so I did so with an option 40 contract, which guarantees you an opportunity to attend the Ranger Assessment and Selection Program (RASP) at Fort Benning. I attended basic training, airborne school, and RASP. After I graduated, I was assigned to the Third Ranger Battalion, I deployed a few times with 375, and then I became the Operations NCO, which is basically an operations manager, at a reconnaissance school at Fort Benning,” said Harmon.

Injuries seemed to follow Harmon, and he medically retired from the U.S. Army in 2018. This led him to focus on going back to school and getting his MBA.

“As cool as it is, jumping out of planes doesn’t exactly lend itself to skills in Microsoft Excel,” said Harmon. “I knew that I needed to increase my business acumen to complement the leadership skills that I learned in the military. An MBA seemed like a natural fit.”

While working for both Bankers Life and the Atlanta Hawks after his medical retirement, Harmon reached out to Scheller’s Veteran’s Club while he was applying to different MBA programs.

“When I was applying to Scheller, I was connected with Greg, a fellow veteran who graduated in 2019, and I was able to talk to him about his experience. From the moment I met him, he introduced me to people, looked at my resume and essays, and was super helpful. It was his help and the Scheller community that sold it for me,” said Harmon. 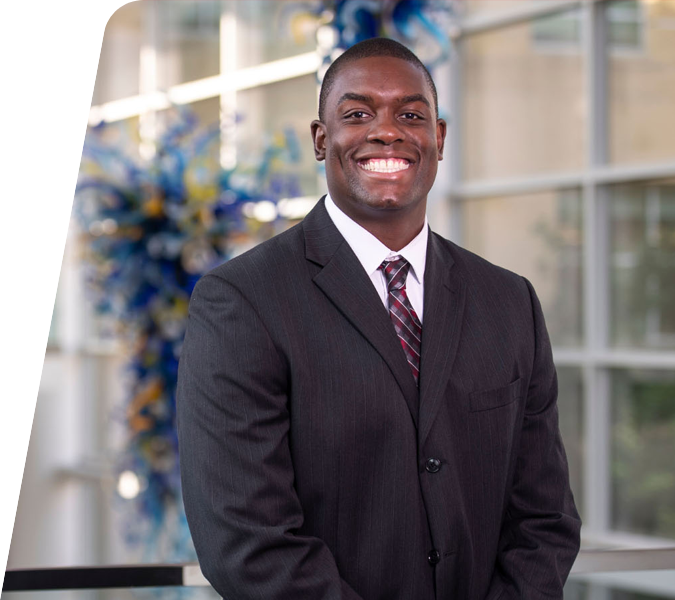 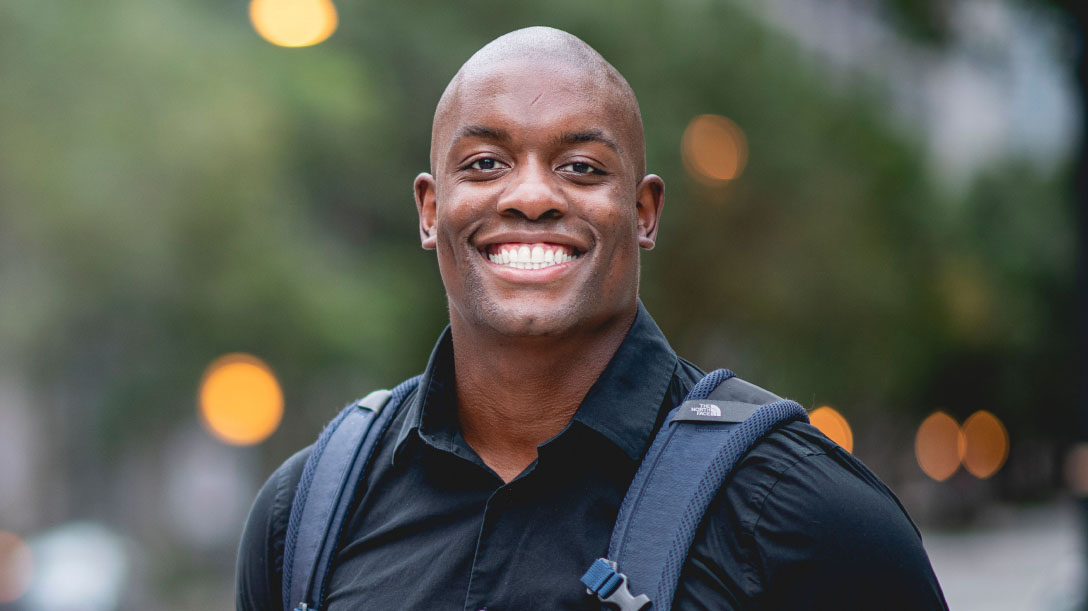