Blockchain in the Healthcare Revenue Cycle 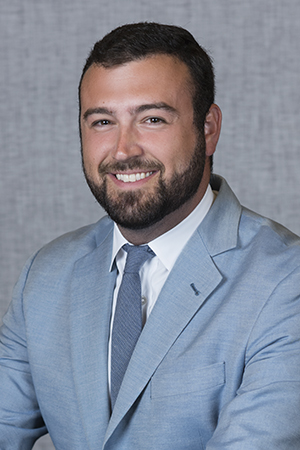 Blockchain is more than just cryptocurrency. Fortune defines it as, “A way to structure data, and the foundation of cryptocurrencies like Bitcoin. This coding breakthrough—which consists of concatenated blocks of transactions—allows competitors to share a digital ledger across a network of computers without need for a central authority. No single party has the power to tamper with the records.” The blockchain technology has diverse applications in the world today. As an employee in a consulting company that specializes in revenue cycle management (RCM) for hospitals and health systems, I am particularly interested in how blockchain can be leveraged in the medical field.

Hospitals have a lot of back and forth with insurance companies over patients’ claims after services have been rendered. This is due to numerous reasons, such as claim denials, member eligibility, experimental services, contractual limitations, and more. I believe that blockchain technology could be valuable in the post-visit stage of the hospital revenue cycle.

After some weeks of review, the insurance company sends to the hospital an Explanation of Benefits (EOB) that details how much it is paying the hospital, as well as the amount of the bill for which the patient is responsible. After the hospital verifies the payment is correct (it often is not), it sends the EOB and a bill (if applicable) to the patient. Normally, the patient receives this EOB three to four weeks after being discharged from the hospital. After this long period, the hospital is finally paid for the surgery.

This billing process is too long. Blockchain could be implemented to allow the hospital, patient, and insurance company to view the same ledger of information (combined with machine learning) in order to process claims instantaneously and securely. According to Becker’s Hospital CFO Report, blockchain could allow hospitals and health systems to settle claims in real time and generate EOBs for health plan members at the point of service. This billing process improvement would be possible if smart contracts and distributed ledger technology were combined with machine learning drawing on historical claims and remittance data, as well as claims administration. At the time of discharge, both the patient and insurance company would be able to know the portion of the bill for which they are responsible, which would allow hospitals to resolve claims much more quickly.

Hospitals would benefit from earlier payments. Patients are more likely to pay their bills when they are on site rather than when they receive a bill weeks after the service is rendered. Patients also are less likely to be confused by the payment process if they pay on site, thus increasing overall patient satisfaction ratings for hospitals. Insurance companies would benefit, too: With more clarity, mistakes are less likely. If there is a mistake, it can be caught earlier and corrected more quickly if all of the same data is stored on a shared blockchain ledger.

Personally, I have had to mail 1,500 pages of medical records to an insurance company on behalf of a hospital because the insurance company denied the claim pending receipt of medical records. With blockchain technology, the insurer, hospital, and patient would have access to all of the same data (including medical records) on the shared ledger. No longer would hospitals be required to use snail mail to submit medical records. This would decrease the amount of paper (and trees) used to process the billions of claims US hospitals generate on a yearly basis. With blockchain’s encryption characteristics, information could be stored securely in order to be compliant with HIPPA guidelines for securing patient information. The secure system could decrease the number of data breaches in the healthcare space, thereby providing significant cost savings to hospitals and insurance companies.

Billy Trujillo is a Business Development Manager at Triage Consulting Company, and currently seeking his MBA at the Scheller College of Business.