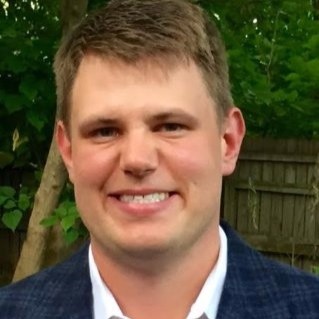 In recent years, blockchain technology has been touted as the “next big thing.” From $1 billion in venture funding in 2016, to outsized market capitalization for firms claiming they have integrated blockchain technologies into their business model, public interest has far outpaced practical applications of the technology. While much of the hype surrounding blockchain may be overblown, there are a number of contexts in which the technology can provide legitimate utility within a value chain. The global livestock industry is one such context.

Despite recent concerns over increased tariffs and a broader trade war between the United States and China, the two countries have long been symbiotic livestock trading partners, connecting supply with demand. Over the last ten years, China has steadily grown its portfolio of imported pork, turkey, and beef from the U.S. As a result of Chinese demand for American livestock, firms in the U.S. looked to blockchain technology as a framework to validate the source information of individual animals.

Until very recently, the U.S. and China worked diligently to solidify trade relationships for livestock. In May of 2017, it was announced that American beef could be imported into China starting in 2018, with broiler chickens scheduled to be imported as early as 2019.

By deploying blockchain into their supply chains, firms are able to generate a “distributed ledger” that in turn tracks all interactions a piece of pork has from farm to store. In referencing a partnership between IBM and Walmart in China, Robert Hackett of Fortune wrote: “The blockchain in question, a private database co-developed by IBM, is designed to provide the retailer with a way to indelibly record a list of transactions indicating how meat has flowed through a commercial network, from producers to processors to distributors to grocers—and finally, to consumers.”

The work to integrate the above technology was outsourced to IBM, which used the project as a springboard to supply chain cloud offerings. While retailers reap the benefits of enhanced traceability and shelf life monitoring, cloud providers can generate tremendous amounts of revenue from the automation of blockchain supply chain tracking. In many cases, the data associated with these goods is processed at the network’s edge, thus generating increased computing costs. Additionally, many of these blockchain libraries are provided under MIT Licenses (free to use and develop), leading to robust communities of developers adding new code to vast multi-context libraries.

In order to innovate further, cloud computing firms must improve their blockchain-based supply chain solutions. With so many American retailers selling meat in foreign countries, software solutions must display pertinent customer-facing data in local dialects and integrate more efficient hardware to improve the performance of data processing at the network’s edge. IBM is currently the only cloud provider to offer a plug-and-play blockchain-based supply chain hosting solution. Google and Amazon should enter the market and provide new value propositions to potential customers.

Improving livestock supply chains through blockchain can have a tremendous impact on a country’s public health and corporate oversight. With a product’s origin denoted within the distributed ledger, public health agencies can locate the root cause of foodborne illnesses much more effectively. Additionally, certified organic goods can be verified by governmental oversight bodies rather than by relying on the supplier to tell the truth. With the recent passage of Chinese tariffs impacting American livestock and agriculture, blockchain could also serve as an additional step in the importation of goods. As the distributed ledger cannot be edited, the true point of origin would be more difficult to forge. Thus, nations with poor agricultural oversight could not erroneously export goods bearing the name of a more credible country.

All in all, implementing blockchain into a retailer’s supply chain ensures a more truthful, dynamic exchange of information from the point of origin to the point of sale. While not a central benefit of the technology, organic and sustainable foods will be more difficult to counterfeit. Enabling the technology more broadly within the livestock supply chain context will lead to future innovations and product offerings.

Ryan Scallan is a 2018 graduate from the MBA program at the Scheller College of Business.