Why were Western retailers blamed for the building collapse in Bangladesh? 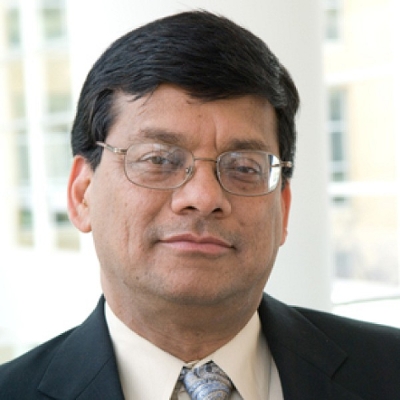 Rana Plaza, an eight-story building in Bangladesh that housed garment factories employing approximately 5000 workers, collapsed on April 24, 2013. The resulting fatalities (over 1100) and injuries (over 2400) made it one of the worst industrial accidents in history. The scale of this tragedy and subsequent widespread press coverage put a spotlight on the risks and costs of sourcing from low-cost countries.

Many in the media and at NGOs placed much of the blame on Western retailers that sourced garments from Bangladesh, although the official accident investigation found that the building and factory owners were the responsible parties. A common belief is that the risks and costs of tragedies like Rana Plaza, as assessed by capital markets and consumers, are sufficient to motivate firms to shift production sourcing to developed, high-cost countries rather than developing, low-cost countries. In other words, it is assumed that capital market and consumer market forces are sufficient to change firm sourcing behaviours.

From a retailer perspective, since negative economic and consumer impacts from the Rana Plaza disaster were insignificant, they have limited incentives to move sourcing out of Bangladesh to other low-cost countries such as Cambodia and China, both of which have well-developed garment industries, let alone to higher-cost countries in North America or Europe.

Our results suggest that the efforts of NGOs and the media to shame and guilt retailers into accepting responsibility for the safety issues in the Bangladesh garment industry might be misplaced. Paradoxically, retailers taking direct responsibility may create a moral hazard problem. Bangladesh suffers from a high level of government corruption as measured both by Transparency International and the World Bank. At least 10 per cent of the Bangladeshi parliament members are garment factory owners. These members use their influence to keep wages low and maintain political clout for favourable treatment of the garment industry, including lax safety regulations.

If Western retailers assume direct responsibility in such corrupt and politically connected environments, they risk becoming the scapegoat for factory owners that do not follow safety guidelines. Further, requiring retailers to assume direct responsibility for factory safety could even lead more retailers to leave Bangladesh since the possibility of future disasters cannot be ruled out, and the possibility of being tainted in the future is not negligible. If retailers exit on a large scale, garment workers in Bangladesh stand to lose.

In the wake of the Rana Plaza tragedy, major global retailers developed two different industry agreements aimed at improving factory working conditions. The Accord on Fire and Building Safety in Bangladesh (AFBSB) was established by a group dominated by European retailers, international labor organizations, and NGOs. An alternative agreement, the Alliance for Bangladesh Worker Safety (ABWS) was established by North American retailers. Instead of retailers inspecting and monitoring independently, these accords enable a more coordinated and cooperative effort, reducing duplication of inspections and monitoring, and providing better transparency and sharing of information. These accords seem to be a reasonable course of action for retailers to improve safety: monitor the workplace through inspections, identify deficiencies, give factory owners time and support to fix the problems, and use the threat of taking away business to ensure compliance.

The regulatory laws in Bangladesh are weak and the implementation is uneven and inconsistent. The Bangladeshi government must set and consistently enforce clear and comprehensive regulatory guidelines. The governments of buying firms in more developed economies can also play a role by altering trade agreements to pressure Bangladesh to improve worker rights and safety. For example, the US government suspended some trade privileges for Bangladesh as a result of the Rana Plaza disaster, and the EU entered a sustainability compact with the Bangladeshi government that included time-based actions to improve labor rights and factory safety.

Without such governmental policies, it seems unlikely Bangladeshi worker safety would substantively improve in the short term. The working conditions in Bangladesh might improve the most quickly if NGOs agree with the investigators and capital markets that the blame belongs with the factory owners who neglect safety, and with lax governmental enforcement, and then work cooperatively with various stakeholders to proactively address those issues.

The Rana Plaza disaster comprises four key elements that aid in assessing the applicability of our findings to other incidents: 1) the event had major, negative social impact with extensive media coverage; 2) buyers were largely located in developed economies; 3) the supply base was fragmented and opaque, and largely located in developing economies; and 4) consumer backlash was limited. To the extent that other events share these elements, insignificant stock market reactions might be expected. Unfortunately, these four factors are increasingly prevalent as supply chains are extended to the developing world. Thus, policymakers should not rely on market forces to reduce the likelihood of such tragedies, but will need to prepare, devise, and implement prevention strategies.

Vinod Singhal is a Professor of Operations Management and holds the Charles W. Brady Chair at the Scheller College of Business, Georgia Institute of Technology, Atlanta, Georgia.