What I Learned from My Low-Car Diet 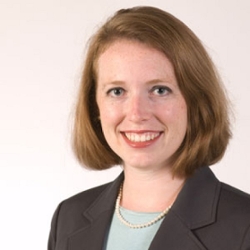 A few months ago a report detailing transportation sustainability in the Atlanta metro area was published by the Partnership for Southern Equity. Called Opportunity Deferred: Race, Transportation, and the Future of Metropolitan Atlanta, it got me thinking about what I learned first-hand when I took part in Zipcar’s Low Car Diet Challenge in 2011. I learned a lot about the sustainability of our region’s options for transportation (or the lack thereof) and it made me realize what it takes to rely on mass transit, the way it currently functions, to get to my job at Georgia Tech.

The report makes it clear that if we want our region’s prosperity to be enjoyed by all, rather than just a select few, we have to act now to make our transportation options more versatile. We not only need it to be easier to move around the region without a car, but we also have to act to change the way we use land, so that the benefits of current projects, like the Atlanta Beltline, can be enjoyed by everyone, regardless of where they live.

As the report says, “stark differences in wealth and racial demographics are still evident across the metro. The region’s northern areas have tended to gain jobs and affluence and have remained mostly white, while the region’s southern areas have been largely bypassed by economic opportunities and have become mostly black. Gentrification and displacement, combined with decreasing affordable housing stocks, are pushing people of color and low-income out of the City of Atlanta and into far-flung exurbs.”

It goes on to detail the steps it recommends, such as the different governments in our region working together on projects to increase the number of ways to move around the Atlanta metro area while also increasing the number of affordable housing options near these transportation projects. Like it or not, property values tend to shoot up in areas where benefits occur, so we have to work hard to ensure that these benefits can be enjoyed by all, regardless of income.

Anyone who’s lived here for more than a week knows that the Atlanta metro area’s traffic is notoriously bad. And while we all love it when a new lane opens on a highway, as the report says and research shows, these traffic benefits are soon erased as more people move into the area, or people adjust their routes.

So back in the summer of 2011 when I took part in Zipcar’s challenge, I had to give up my own car for a month. I could drive a Zipcar, carpool, walk, bike, or take mass transit, but I couldn’t drive my car as a solo rider. They held the challenge in the last part of July and most of August. So during the hottest part of the year, in one of the steamier places in the country, I commuted from Tucker to my job in Midtown in career development at Scheller. It was brutal.

I learned you can get places without a car, but it takes a lot more time. What normally took me 20 minutes ended up taking an hour-and-a-half.

I discovered that it is feasible, but more so if you have family and friends around to help, reliable childcare, and a job with some flexibility. I kept thinking about what it would be like if I were a single parent with less of a support system. My commute, which was taking three and a half times as long as it did with a car, would be a major stressor if my work hours were inflexible and if my children were home alone or had to be picked up by an exact time.

I also learned that planning was key. I chose to ride my bike to the Chamblee MARTA station, lock it up and then ride MARTA to the Scheller College of Business where I would take a shower. When my husband travelled for work, I walked my two and a half year old son to the bus stop, rode it for a mile, then walked a mile to drop him off at daycare, and then I caught a ride with a fellow parent who worked nearby at the Biltmore Hotel.

I was doing this from the northern part of the Atlanta metro region, which has better transit service than the south side. I can’t imagine what it would’ve been like had I been commuting from the south side of the region to Georgia Tech.

So this got me thinking about equity. Is the time of a person with less money at her disposal worth less to them than mine is to me? No. I don’t think so, but the fact remains, we have Lexus lanes we can buy access to if we have the funds, we have the ability to live closer to work if we have the money, and we have access to a car if we can afford it. There are now ride share apps like Lyft or Uber. But a person with less income doesn’t have these luxuries. Yet a single mom still needs to get to work (sometimes more than one job), take care of her kids, and do all of the things that I need to do. Shouldn’t she have the access that I have to give her a more reasonable commute?

When I took the Zipcar challenge, we didn’t have the Atlanta Beltline, which is great for many people. But it’s not complete yet. And it’s being placed first in more expensive neighborhoods whose property values (and taxes) are increasing thanks to access to this wonderful resource. So not everyone can afford to use them. What will happen to property values and housing costs as this resource expands into poorer areas? Will it push the poor out of their homes? The Partnership for Southern Equity’s founder, Nathaniel Smith, and Georgia Tech alumnus and Beltline creator, Ryan Gravel, resigned from the Beltline’s fundraising arm, the Atlanta Beltline Partnership, over this very issue.

I urge you to read the report for yourself and see if it rings true to you. And if you want to experience this first hand, take your own low car diet for a week or a month. I bet you’ll gain a new appreciation, and possibly a new viewpoint, for the issues at hand.

Lauren McDow is the Corporate Relations Manager in the Scheller College of Business Undergraduate Office.