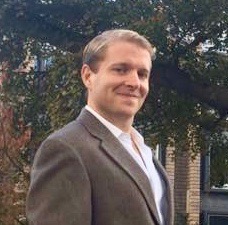 Taking Things Apart to Put the World Back Together

David Hogan, a Georgia Tech alumnus who majored in Management and minored in Engineering & Management through the Steven A. Denning Technology & Management Program, says he “will always cherish the accessibility and willingness of faculty to teach us how to learn…and how to be accountable for the education we received.” In 2017, he received his MBA from the University of Cambridge Judge Business School. David says his educational journey has led him to some of his strongest connections— a network that has provided him with invaluable business input over the years.

Towards the end of his graduate studies in England, he met Mark Branum, the CEO and Founder of ARC, a company that maximizes the value of returned products while protecting brands, providing useful returns data, and diverting waste from landfills. Established in 2002, ARC works towards making a circular economy a reality. David was so impressed with the mission and business model of ARC that he not only invested in but also became president of the company.

“At ARC, we first inspect the product, dismantle it, and understand its functionality,” David says. “We then try to discover the optimal way to refurbish the product in a way that maximizes value while remaining consistent with the brand. What we do is very much a combination of engineering and management tasks.”

While the circular economy helps to create a healthy planet, it also makes good business sense. David sees the remanufacturing industry as being positioned for explosive growth. For the time being, however, the young industry is what he calls “the Wild West.” Six years of service in the U.S. Marine Corps, including assistance with a partial embassy evacuation, taught David how to “control chaos.” He applies this skill daily in his work today. As the remanufacturing industry becomes more mature, he hopes to measure and monetize it.

As a proactive president, he has invested in the company’s future in different ways. For instance, he installed a universal logistics software program within the company in order to track data throughout the remanufacturing process—from acquisition of the returned product to the final shipment point of the remanufactured product.

Since David believes that partnerships are key to building a functioning circular economy model, he works diligently to develop mutual relationships with the companies with which ARC works. David also values academic-industry collaboration in order to create open lines of communication between practitioners and researchers and to inform and inspire the next generation of circular economy leaders. He has given back to his alma mater by participating in the Business, Environment, and Society Speaker Series, which is hosted the Ray C. Anderson Center for Sustainable Business at the Georgia Tech Scheller College of Business (“Center”). He also serves as a member of the Center’s Advisory Board.

David’s recommendations for entrepreneurs entering the circular economy space are to “have fun while exploring the industry” and “be ready to generate answers and solve problems.” One of the most exciting things about being involved in such a young and evolving industry, he says, is that “you can have an idea and carry it all the way to the implantation level.”