Perspectives and Resources for LGBTQIA Allyship 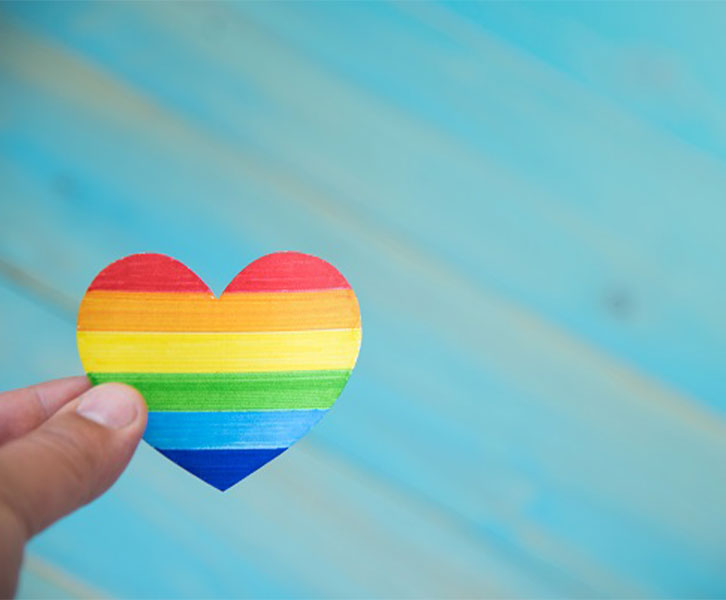 What began 52 years ago as a day to gather and remember an uprising on New York’s Christopher Street has turned into an annual month-long celebration for the LGBTQIA+ community and its allies.

Allies and advocates across Scheller and Tech are proud to join the LGBTQIA+ community to celebrate past political and societal victories, recognize the beauty of varied gender and sexual identities, and fight discrimination. Allyship takes humility, self-reflection, and a desire to learn. For all those wondering where to begin this Pride Month, we invite you to begin here.

Do More
Omar Mikawi (he/him), Full-time MBA student and VP of finance and allyship for Scheller Pride, grew up in Abu Dhabi in the United Arab Emirates. Before coming to the U.S. to attend college, Mikawi learned how important allyship is and what real allyship looks like.

At the beginning of his junior year in high school, a close friend confided that she was transgender. At first, Mikawi was confused by his friend’s admission. He felt he didn’t agree with this new identity, but that he would let it slide. He would, in essence, tolerate it, and continue to try his best to be a good friend.

That wasn’t enough for Mikawi’s friend. Mikawi said, “I kept saying ‘I don’t necessarily understand or agree, but I can tolerate your decision’ until she pointed out that that doesn’t feel great. I was treating it like a blemish I could ignore. That woke me up.”

Through this friend, Mikawi learned that tolerance is not acceptance, and he resolved to fully embrace the full identity of his friend and the LGBTQIA+ community at large. He worked as an ally in the Pride community at his undergraduate university in Texas and was excited to hit the ground running on the first day of his MBA. That’s when he met Scott Spencer, who was serving as Scheller Pride’s VP of Social.

Mikawi admits being drawn to the club for their fun events, but his dedication runs deeper than attendance at a drag brunch or game night. He now works with his counterpart Savannah Thomas to bring social events that he hopes will help humanize his LGBTQIA+ friends and build an MBA community focused on outreach.

They hope to partner with the local Trevor Project chapter to reach students between the vulnerable ages of 13 and 24 years old. That was when his transgender friend first reached out to him, and Mikawi recognizes what a pivotal time that can be. For Mikawi, it’s not just that tolerance isn’t acceptance, it’s also an intimate recognition that acceptance saves lives.

Learn More
Tegra Myanna (they/them), Georgia Tech LGBTQIA Resource Center director, loves their job. They came to Georgia Tech two years ago with a decade of experience in higher education anticipating the need for their own continued education. Myanna is happy to report they continue to learn from Tech students every day, and they have found Tech students are just as eager for understanding and connection.

“I can think about queer and trans students but also students beyond that,” said Myanna. “Never will I find a profession that is so connected to folks who just want to learn. They’re figuring things out. They have really great questions. They’re working towards bettering our future society.”

There are queer and trans students who come to the Resource Center for advice and perspective. There are also students who come because they want to learn more as an ally. These conversations push Myanna and keeps them engaged in the vital and important work of the Center.

The Center offers trainings throughout the year for students, faculty, and staff ready to learn about allyship. Myanna offers three takeaways anyone interested in allyship can begin with.

1. Break down binary thinking. Myanna says the training seeks to discard “this binary that we have of man and woman or male and female or straight and gay. None of those binaries work and they haven’t worked for a really long time.”