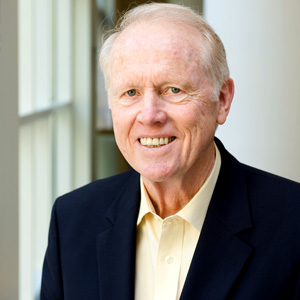 Cowen is owner of the investment company Habersham & Cowan, Inc. He founded Georgia's Peachtree City, serving as the town's first mayor from 1959 to 1963. Peachtree City is widely known for its innovative lifestyle features and effective land use, including 20 percent open space and 80 miles of paved golf-cart paths for residents' transportation. He served as CEO of Peachtree City's development company through 1976.

Cowan also has developed such projects as Phipps Plaza, Snapfinger Woods, and Palmetto Dunes. He is a member of the Society of International Business Fellows and the Carter Center's Board of Councilors. Cowan has shifted his focus in recent years from real-estate development to international activities. His focus is on the emerging economies of Central and South Asia, Russia and China. His nonprofit contributions in these same regions include education and leadership training. He was the Co-Founder of the Central Eurasia Leadership Academy in Istanbul.

Cowan is currently a director of the EastWest Institute in New York. He was formerly on the board of Continental Airlines and World Airways and has held leadership positions with the Atlanta and Georgia Chambers of Commerce as well as the International Relief & Development (IRD) in Washington, D.C. He was the founding chairman of both the Georgia Regional Transportation Authority and the Metropolitan North Georgia Water Planning District.

Cowan holds a bachelor's degree in industrial management (1958) from Georgia Tech and has served on both the College of Business and Ivan Allen College of Liberal Arts advisory boards. He is a trustee emeritus of the Georgia Tech Foundation and was a member of the Board of Regents of the University System of Georgia from 1990 to 1995.